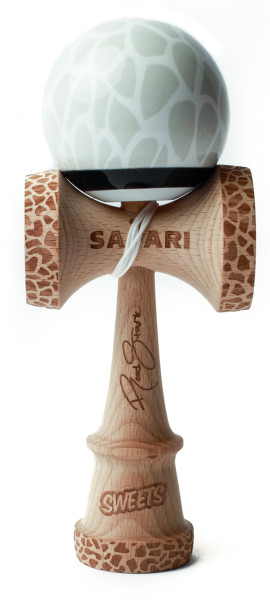 Kendama Connects Worlds, and Reed Stark has been a leader of facilitating that connection for years. Reed is a professional BMX rider for BSD, a clothing designer for his own Safari State brand, and rides the line between genius and insanity in the best way.Sweets are excited to introduce the second Signature Model from Reed; The Moonlight Safari Model.