Hayate is on the flow Team 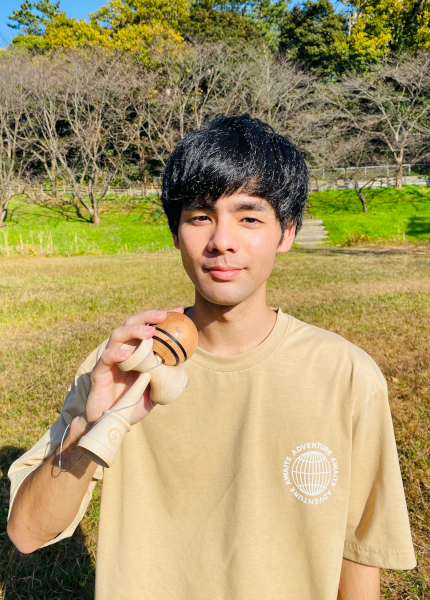 We are proud to announce that Hayate made it into the Flow Team.

Hayate comes from Japan, the birthplace of Kendama and has an incredible nice clean playing style mixed wiht a great attitude and positive vibes.

When he started Kendama in the age of 23 years, he might have been a bit bit older than many young players but that didn't stop him in gaining new skills in a daily routine. Loving lunar tricks the most, Hayate prefers to play Kendama together with his friends, having great fun times. But more than just having fun times, Kendama became a sport to Hayate and his friends, that improves health both mentally and physically and can be enjoyed from the youngest and the oldest.

Kendama gives Hayate to chance to connect to people from all around the world, even with out speaking all those different languages. Kendama connects people that one of the most beautiful thing in the game.

Hayate's golden tip for beginners:
It’s important to keep practicing and never give up. having fun!

More infos about Hayate as well as videos and weblinks can be found in our team player section here.