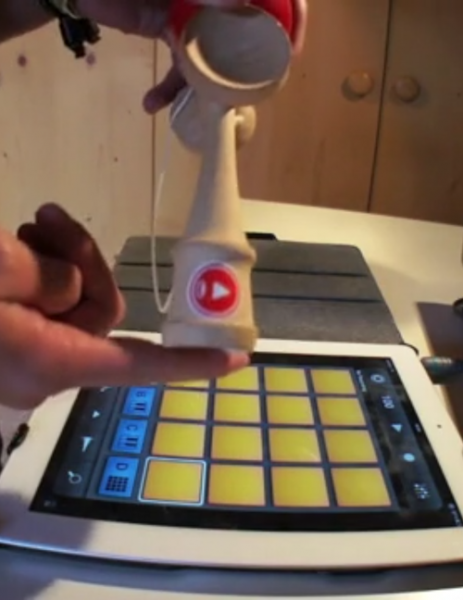 Ever since Kendama became more and more popular in the western hemisphere, Kendama became the subject of the music. It almost seems like Kendama has now arrived in the minds of the creatives. When I try to figure out how it all started, I always come back to Yannick Brunner, who with Kendama Klacks and the help of his Beatmachine has cut out one of the first Kendama beats.

But then there was beat producer Gourski from NRW, who produced a real creamy piece almost a year ago. He not only processed the clacking noise in his beats, but also found more ways to elicit Kendama music. But see and hear best yourself.

With the hype in Romania last year, not only crude electric / mainstream producers at Kendama Sound tried, but also national rap star CRBL with King Dama. King Dama is a rap song that also featured in the vocals Kendama, which included various style and tricks as well as brands. The first time the Kendama Song was performed at the Kendama Europe Event in the Plaza Mal Bucharest Life..

Here we found a very cool rap number from Hawaii, the Artist - Daunyé Synigal - HNL Rap. Unfortunately, we are no longer aware of the artists.

And last but not least the latest track from Latvia, where Kendama experienced a great hype in the spring of 2019. The track was produced by none other than Latvia's Rap Super Star Reiks.

Yes, it was a path with ups and downs that the music scene with Kendama has already put down, so we are all the more pleased to announce to you that we were not completely inactive and in a few days the first German Kendama track imagine.

So stay tuned and do not miss the upcoming blog entry! ;)

PS: and if you have found more Kendama music, of course, we look forward to every post and link!

Tags: Musik, Videos, music, kendama, beats, rap
Write a comment
Related products
Record M1 - Uranus
22.99€ 32.99€
Record M1 - Jupiter
22.99€ 32.99€
Record H1 - Jyuzumaru
43.99€
Record H1 - Tonbogiri X RCP
34.99€ 49.99€
This website uses cookies, which are necessary for the technical operation of the website and are always set. Other cookies, which increase the usability of this website, serve for direct advertising or simplify interaction with other websites and social networks, will only be used with your consent. More information
Decline Accept all Configure