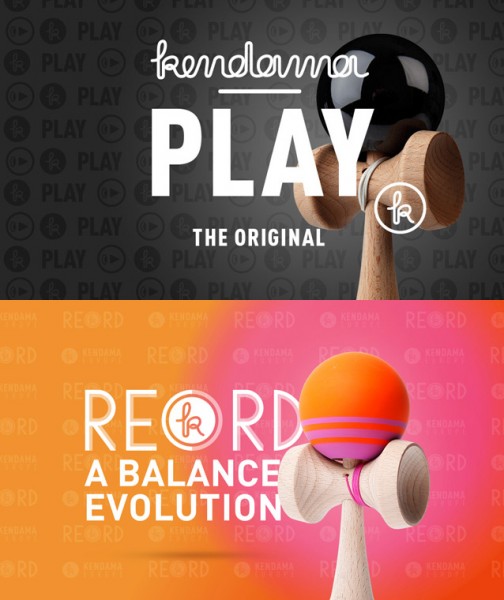 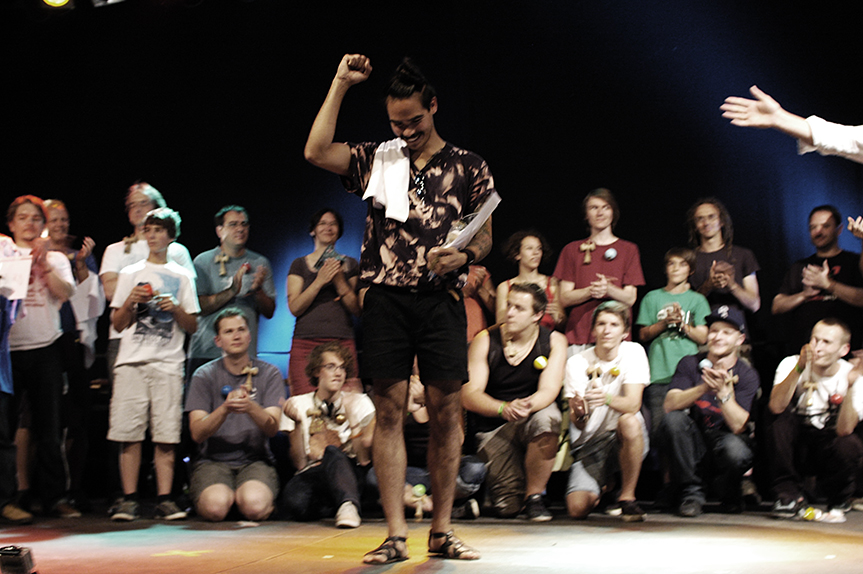 After three years of development and in cooperation with the best Kendama players in Europe, we launched the Play Kendama series in 2011 for the first time. Athletes we Nikolas Schopfer, the EKO_Champion20115b3379a14c9ae at that time not only in the Kendama scene but also as Pro in the aggressive inline skating scene enjoyed great notoriety, brought with the Play Pro directly after the 2011 title of the first European Kendama Master on behalf of Kendama Europe , In 2012, he also won the Gold Medal in the Expert Class in Japan. The play became the certified competition Kendama and was from now on the basis of all following Kendamas from the house Kendama Europe. The optimal dimensions, its weight distribution and the paint properties in combination with the used premium beech wood, give the Play Pro its unique perfection. The play advanced to a very well-balanced all-rounder, which does not have to hide from any field of application. Because of the good all-rounder qualities, it is not only very popular on competitions, but also suitable for beginners and advanced players alike. 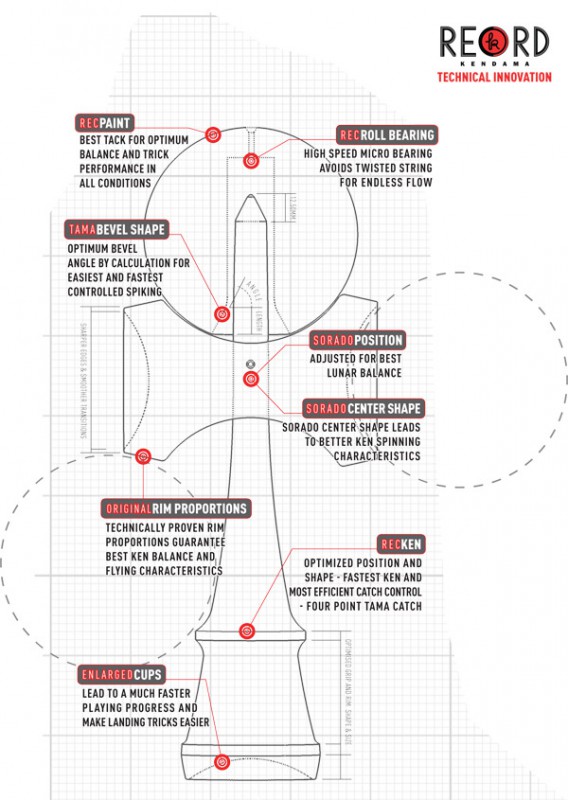 In 2018 we released the record Kendama. The record is the result of a technical evolution in shape and balance and an innovation in the Kendama world. Ten-year Balance Expertise was shared with technical engineers. The aim was to use state-of-the-art simulation technology to produce the best Kendama, especially in the areas of flight, balance and game characteristics. Not only cup sizes were changed, but also the proportions among each other. The record simplifies the game on low Nivaeu and at the same time allows completely new possibilities with the Pro's. The Tama (ball) designs not only look nice, but also optimize the ball tracking. Other technical novelties are the ball bearings fitted as standard, the modified ball hole angle and diameter, as well as the slip grip position and characteristics. The series designations stand for the different types of wood in Ken. N1 stands for natty / natural, B1 for beech / beech, M1 for maple / maple and H1 for hardwood / hardwood.

Tags: Kendama Europe, Play Pro II K, Record Kendama
Write a comment
Related products
Play Pro II - Triple Stripes - Orange Clock
19.99€
This website uses cookies, which are necessary for the technical operation of the website and are always set. Other cookies, which increase the usability of this website, serve for direct advertising or simplify interaction with other websites and social networks, will only be used with your consent. More information
Decline Accept all Configure