The German Kendama Champion - An interview 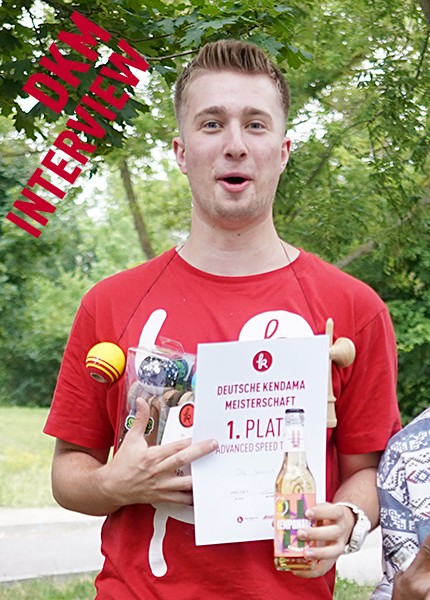 As you probably know, Kendama is not only a fun pastime game for young and old, it can also be tackled a bit more seriously and participate in real international masterpieces. Today we met with someone who has already participated in some competitions, such as the 2018 Kendama World Championship in Japan.

Olaf, who has been a member of the Pro Team at Kendama Europe since the summer of 2018, secured his title in two disciplines at the DKM this year. We took the opportunity to do a short interview with him.

Hello Olaf, congratulations to the title of the German Kendama Master you brought home from DKM 2019 in June. You have become German champions in the SPEED TRICK competition as well as in the supreme discipline KNOCK OUT. Is this your first big contest success?

How did you prepare for this German championship?

Did you arrive with the goal to win or was it just important for you to participate?

Was it hard for you to stand up to the competition?

How important is Kendama in your life?

What is your biggest incentive to play Kendama?

What else are your goals in playing Kendama?

What do you wish for the sport Kendama for the future?

I hope it gets as well known as skateboarding. That you walk across the street and see children with Kendamas. That championships no longer take place in halls but on stadiums! I can not wait until I see kendama at the Olympics.


Is there something like a Kendama sponsor providing you with Kendamas?

And if you still want to see some tricks from Olaf, you can watch Pro Team Edit here: