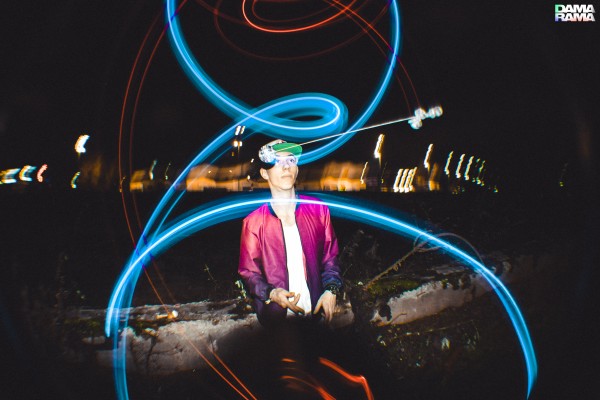 After getting to know the team players from the early days in Part 1 of our Pro Team story, today we want to introduce you to our current team players.

We start directly with Paul aka Quincy, who is now one of the more experienced players. Quincy's strengths are similar to Yannick's earlier, in the speed and safety of string tricks. However, his report is so broad that it is hard to put his skills to the point. Turntables, Quad Wirlies, BB's ... you name it, and Quincy laced. At the moment he is on a European tour with his VW bus and we can look forward to many upcoming cool clips from different places. Quincy's Instagram

The twins Joseph and Philippe joined the team in the spring of 2017 and quickly gained a lot of sympathy in the scene. Both are not only active players but also very active in community work at home and abroad. Whether fairs, festivals and workshops or on social media, when Kendama Europe is there, the two twins are usually not far. Their debut edit was shot last summer in Morocco, where they incidentally organized the first Moroccan Kendama championship. Oh yes, of course, it can also be good that you have scoffed at you while skating, both are gepsonsort and are not blank slates. Josephs Instagram Philippes Instagram Joseph & Philippes YouTube Playlist

Henri was nominated for a team player in 2017 and has been a regular member of the team ever since. While convincing on fairs with his expertise, he ensures mood at the championships as soon as he holds the mic in his hands. His skill level is increasing almost daily, which has earned him the nomination to accompany the Kendama Europe Team 2018 to the KWC (Kendama World Cup) in Japan.Henris Instagram Henris YouTube Playlist

Now that we've introduced you to four more Team Members today, you can look forward to getting to know our recent team reinforcements in our next blog post. So much may I ever betray, it will be very international. Do you have any idea who is still in the team?

Tags: Kendama Europe, Kendama Europe Team, Videos
Write a comment
Related products
Play Grip II - Juicy Jungle
14.99€ 19.99€
Play Grip II - R Special
14.99€ 19.99€
Play Pro II - Green
9.99€ 14.99€
Record M1 - Neptune
22.99€ 32.99€
Record M1 - Uranus
22.99€ 32.99€
This website uses cookies, which are necessary for the technical operation of the website and are always set. Other cookies, which increase the usability of this website, serve for direct advertising or simplify interaction with other websites and social networks, will only be used with your consent. More information
Decline Accept all Configure