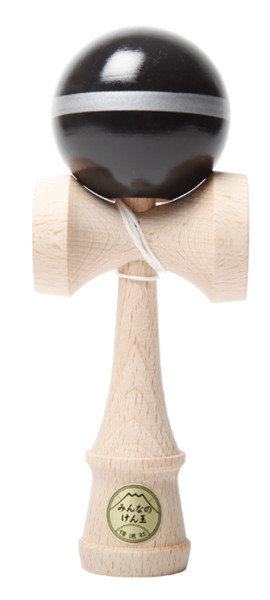 The Shinfuji Kendama, named after the highest mountain in Japan -the Mt. Fuji- is the lightest official JKA Kendama.
The Shinfuji a few years back, Shinfuji stop the production and those models became collectibles. Today the japanese Shinfuji manufacturer is business, and you can buy those nice handturned pieces which are still made in small editions, again.
Every Kendama player should at least have one of the oldest Japanese Kendama brands in his collection.