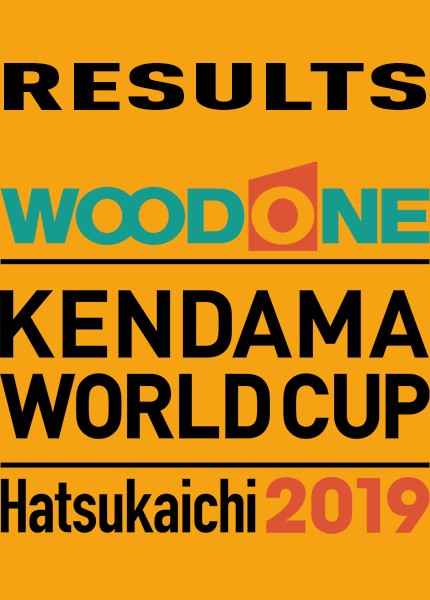 The Kendama World Championship takes place annually in Hatsukaichi, Japan. Hundreds of Kendama players gather here to compete against each other for the title of the best player in the world. Players are either cast out by their sponsors as team members to represent certain brands of the sport, or they come privately with their own resources to be just there. Not only the Japanese Kendama manufacturers, but also brands from western countries such as the USA and Europe, have long been one of the big brands of Kendama Sports. These include today mainly from Western countries: Kendama Europe, Kendama USA, Sweets Kendamas or Krom Kendama. The Japanese brands include Ozora Kendama, Mugen Kendama or TK16 Kendama.

So far so good, so now we've got close to 600 Kendama players from all over the world competing against each other on two days of competition. In the following you will find next to this year's rank and result list as well as different video links to the event itself. 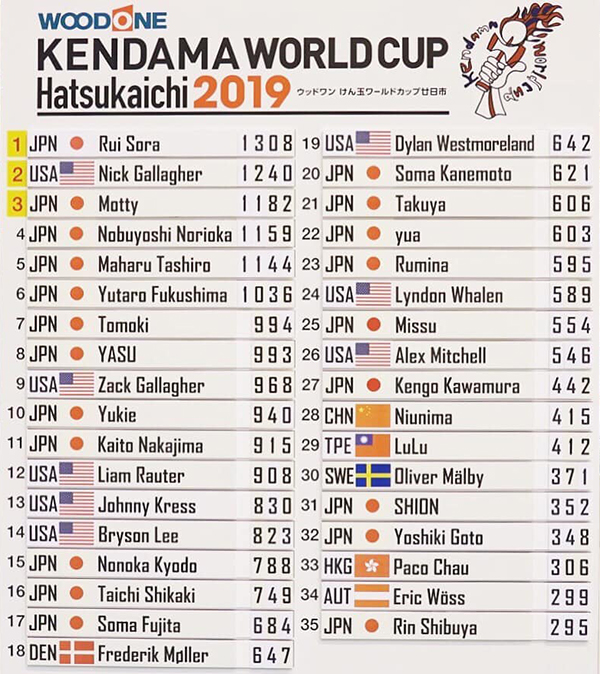 This year's winner with 1308 points has become the Japanese Rui Sora. Here is his picture at the award ceremony, followed by the video with his winning run. 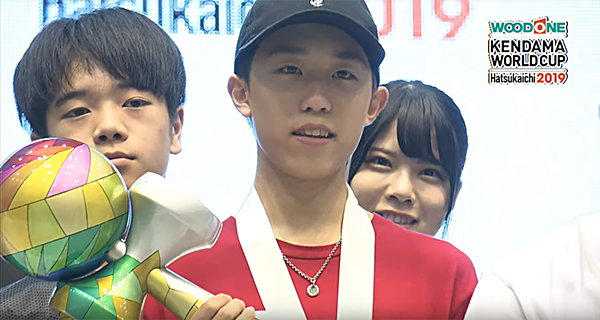 If you are interested in watching the whole day of the competition, you can follow the day one and day two completely in the following two links.

In addition to the competitions, it is also about the exchange of cultures and the common fun in the game. Many of the actors who are in Japan together are also representatives and active distributors of the game in their countries of origin and promote the dissemination of the basic idea and the ideology of playing together.

We will soon introduce you to more details about Kendama Sport and the deeper core thoughts when we answer the question: What is Kendama?

Tags: Japan, KWC, Competitions, Worldcup, Sponsoring, Kendama Europe
Write a comment
Related products
Record H1 - Tonbogiri X RCP
34.99€ 49.99€
Record H1 - Kusunagi X RCP
49.99€
This website uses cookies, which are necessary for the technical operation of the website and are always set. Other cookies, which increase the usability of this website, serve for direct advertising or simplify interaction with other websites and social networks, will only be used with your consent. More information
Decline Accept all Configure